The inspected specimen is a plate of 1.27 mm thickness, in aluminium, conductivity of 18 MS.m-1 and relative permeability of 1.

The probe is made out of a cylindrical coil at double function which geometrical properties are gathered on the figure below that shows the panel in CIVA allowing the definition of those properties. The acquisition is done at 100 kHz, with 100 mA in injection and reception in absolute mode. 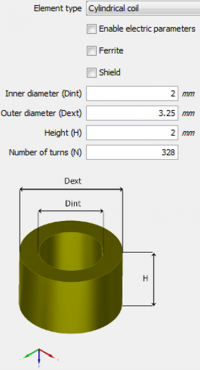 The specimen has a non-through elliptical defect emerging on surface, as drawn on figure below.

The figure below represents the C-scans obtained with the experiment and CIVA. They look similar. 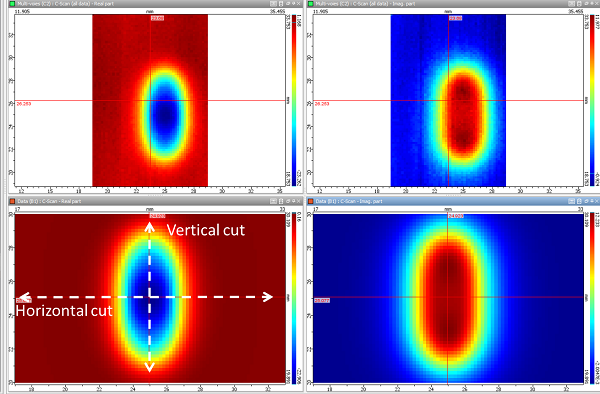 Amplitudes, phases, real and imaginary parts as a function of the scanning are compared on  figures below. A good agreement is observed between experiments and simulations. 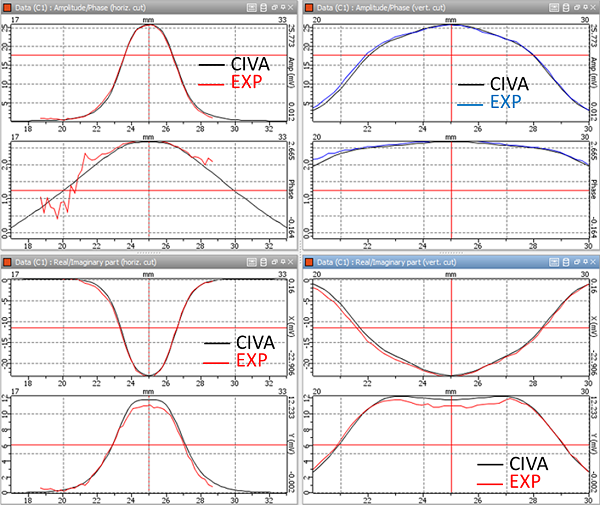 Here below Lissajous curves show a good agreemnt between simulations and experiment,