Simulation capabilities for Guided Waves include the propagation of ultrasonic beams in planar and tubular waveguides or more complex geometries and their interaction with defects.

A wide range of UT probes, standard and advanced designs can be handled:

Planar structures and pipe-like structures (with possibly some discontinuities) are considered for guiding waves by CIVA. The specimen may be homogeneous or heterogeneous, taking into account a coating for example. Each medium should be isotropic and attenuation laws may be considered. This is also possible to account for pipes filled with fluid or to compute modes and beams on parts having 2D CAD cross section, such as rails. Buried pipes can be considered in the mode computation module.

Phased-array probe accounted for by CIVA

In the case of pipes, CIVA GWT allows the user to compute delay laws in order to focus on a given point of the pipe, as long as the excitation frequency is lower than the cut-off frequency of mode L(0,3).

Simulation takes into account a flaw perpendicular to the waveguide, rectangular on a plate, sectorial on a pipe, and determines its interaction with the incident guided beam.

In CIVA GWT, 2D geometrical discontinuities, such as a weld, a groove, a transition (varying diameter) or a junction between straight parts, can be handled for echoes prediction. One or several axisymmetrical flaws can then be accounted for in this discontinuity. 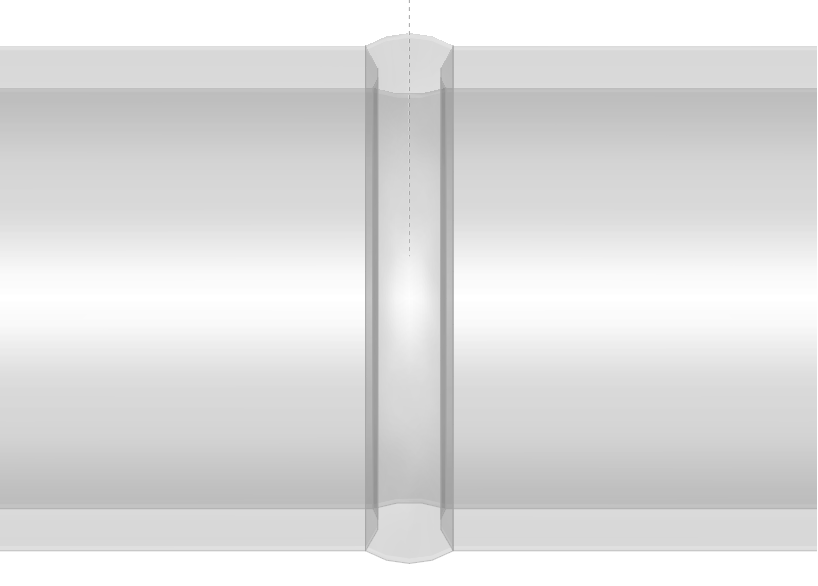 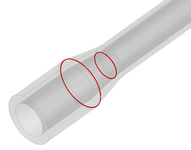 Examples of geometrical changes, with and without flaws

CIVA GWT is also able to compute defect responses from 2D CAD specimens with planar or volumetric flaws through a 3D FEM computation zone. In this case and thanks to this approach, the number, type and orientation of defects can be really large! 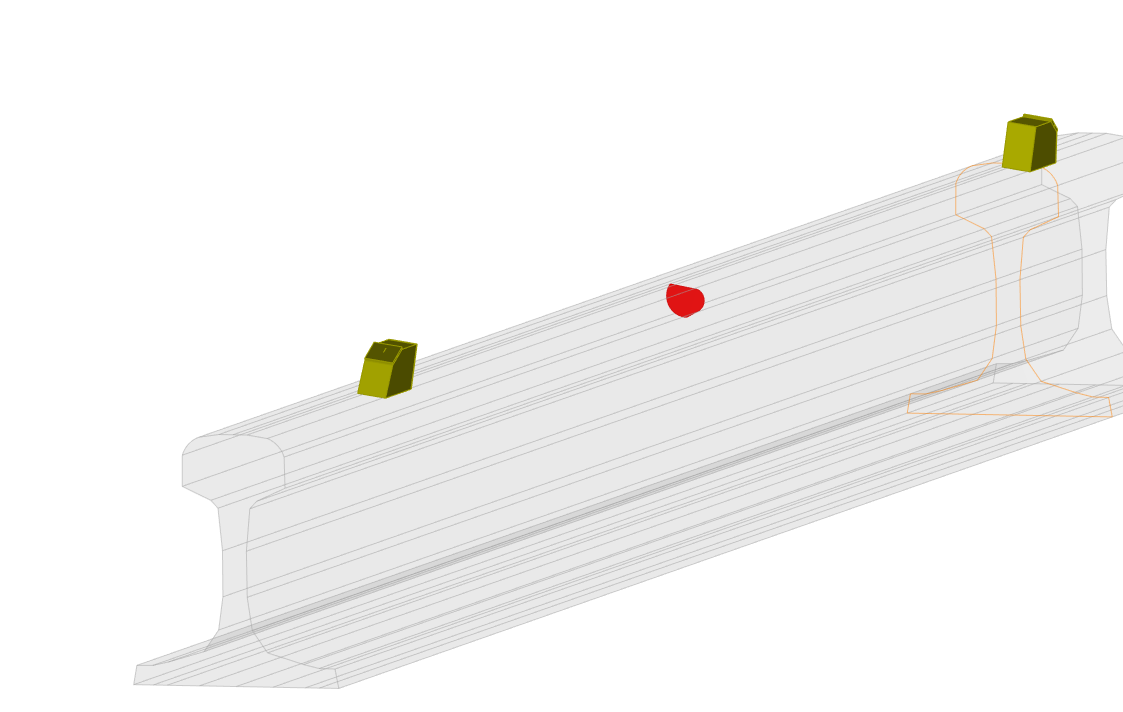 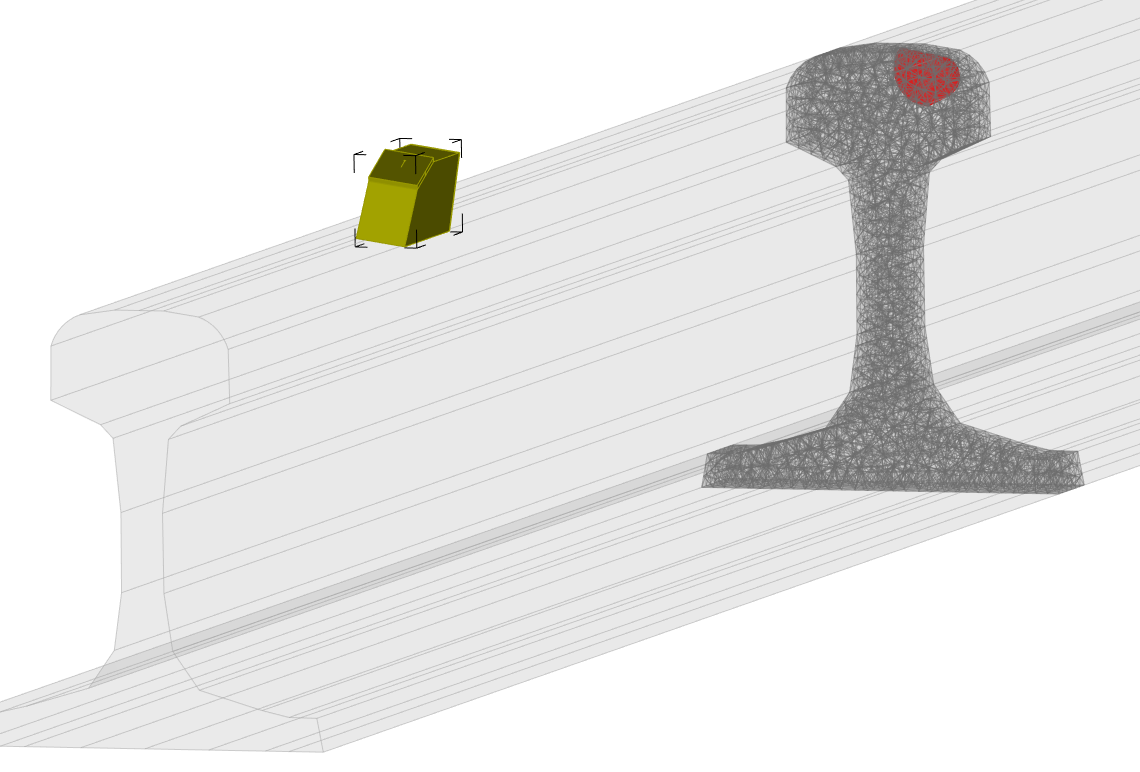 A first module computes the dispersion curves associated to the specimen in a given frequency range.
Modal displacements and constraints are computed for each mode at each frequency of the frequencies range.

A second module allows simulating the ultrasonic beam radiated in different cross-sections of the specimen. The modal repartition of the emitted energy is displayed versus the frequency in the bandwidth of the probe. The displacement and constraints are determined in a time range, which allows visualization of the transit of the different waves at each cross-section or the verification of the focusing allowed by a delay law. 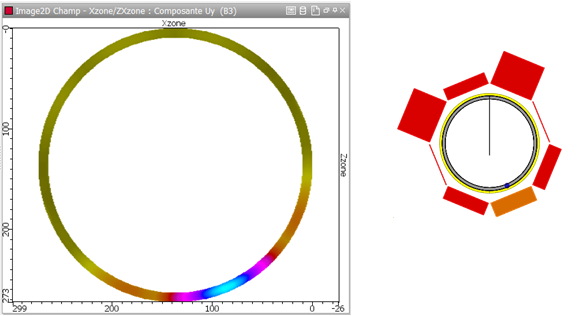 This module simulates the beam/flaw interaction (or beam/geometrical discontinuity) and predicts the amplitude, waveform and time of flight of the different types of echoes: incident, reflected and mode converted.

A mode identification tool is available to analyse the modes involved in the obtained A-Scan.

Configuration and A-scan from CIVA GWT 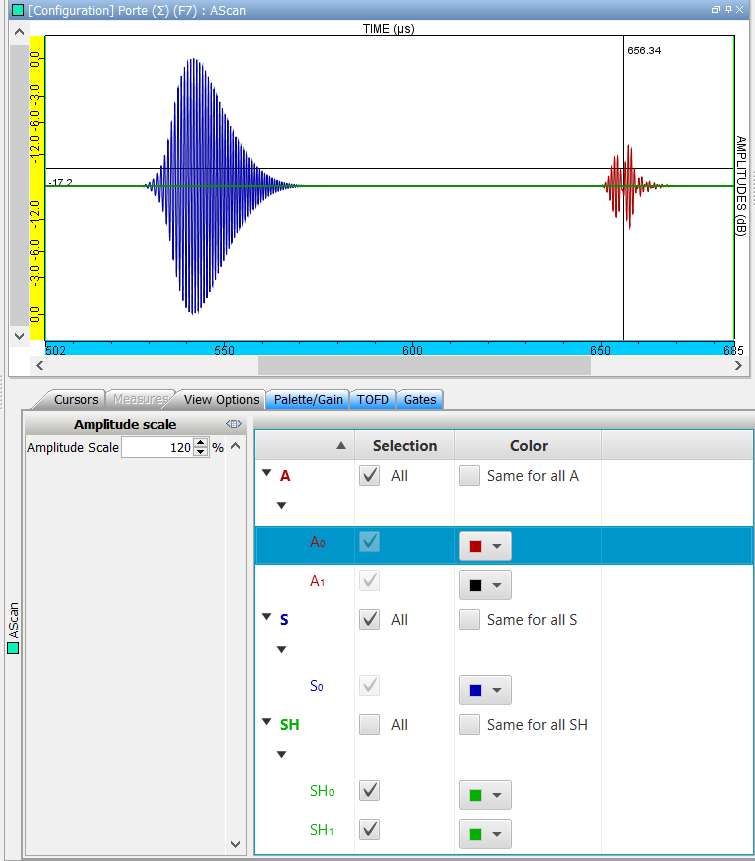 Mode identification on an A-Scan 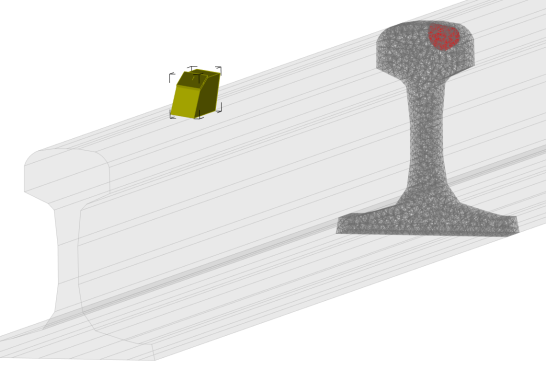 On a weld, a preview helps the user to estimate the reflection coefficient of the first torsional mode on the weld, depending on the excitation frequency.

To understand and quantify the impact of influential parameters on a NDT inspection, parametric studies in CIVA are particularly adapted since it is easy and fast to precisely change and monitor parameters. Based on a first set of computations, metamodels can also be calculated in CIVA, which provides extensive new results to the user in real time, as well as powerful analysis tools, such as multi parametric analysis and sensitivity analysis to evaluate the relative impact of influential parameters.