Beams in water from 3 diffrent probes have been studied:

Four stainless steel inclusions of diameter 1, 2, 4, and 6 mm and an infinite plan have been used as reflectors.

Cartographies IN  XZ and YZ PLANes and profile according to Z

For each probe, cartographies in XZ and YZ plans have been recorded for the 4 inclusions. A profile along Z is acquired for the infinite plan (see axes of Figure 1). Acquisition examples are presented on Figure 1 and Figure 2. 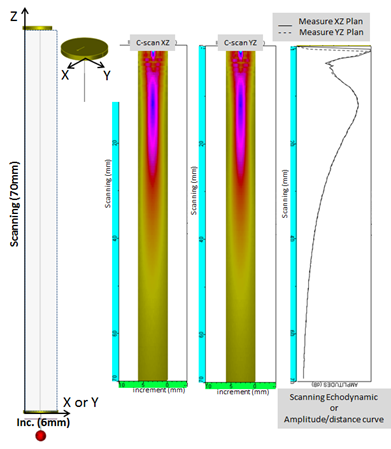 Figure 2 : Measure of the distance and of the focal length.

Cartographies in the XY plan

Cartographies in the plans XY were also recorded for the inclusion located at the distance « Z » from the probe for which the amplitude trasmitted along its axis is maximum (Figure 3).

An example of this kind of cartography is presented on Figure 4 (5MHz flat probe). 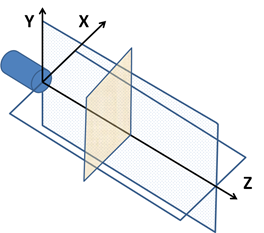 Figure 3 : Scheme of the cartographies in the plans XY at diffrent distances Z from the probe. 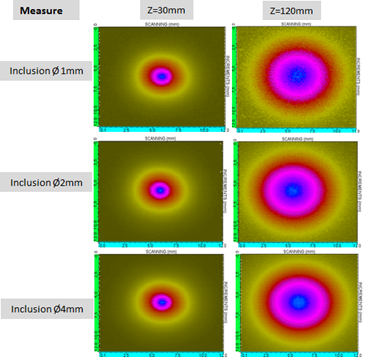 The spectrum of the echo of an infinite plan is often used to determine the central frequency and bandwidth of the probe. These variables were measured from experimental echoes and compared with those predicted by CIVA. These comparisons were also realized from the inclusions spectra.

The procedure for determining this distance is:

In the example of the 10 MHz focused probe presented in Figure 5, the time of flight of the echo of the Ø1mm inclusion  is 25.79μs, the distance deduced between the probe and  the inclusion is 19.1mm. 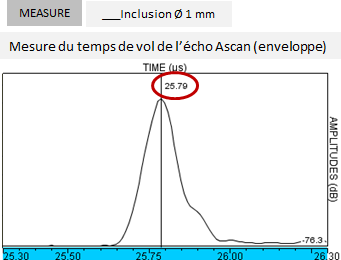 Figure 5 : Example of calculation of the probe / inclusion distance specified in the experimental files. Case of the Ø1mm inclusion, 10MHz focused probe.

Adjustment of the probe orientation

To achieve a beam cartography, the transducer must be finely oriented so that the beam axis is perpendicular to the XY plan formed by the displacement axes of the probe.

The experimental setup for inclusion is shown on Figure 6. The procedure allowing to precisely adjust the orientation of the probe consists in a systematic checking of the symmetry of the inclusion echo along the X and Y axes (Figure 7 ). The orientation correction is provided by a goniometer disposed on the transducer support. 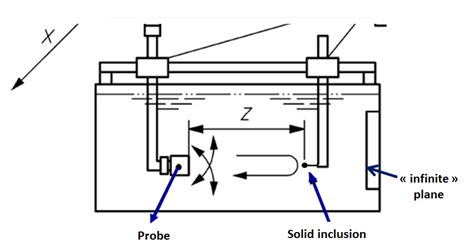 Figure 6 : Set-up for measuring the characteristics of the ultrasonic field radiated by an immersion probe in pulse echo.

Figure 7 : Checking the orientation of the probe relative to the mechanical axes of movement.

Figure 8 : Experimental results, amplitude/distance curves obtained for the infinite plan and different incidence angles of the probe (0 °, + 1 °, 1 °, 2 ° and -2 °). These curves are used to verify the orientation of the probe relatively to the plan. Ø6.35mm flat probe, 5MHz.

The experimental uncertainty associated with mechanical adjustments evaluated by disassembly and reassembly of the complete device is 1dB. The confidence interval of the experimental data has been estimated at +/- 2 dB (1dB linked to uncertainty on reflector studied and for 1dB related to the reference reflector for the amplitudes).

EFFECT OF the ANTI rust ADDITIVE IN WATER

A first set of experimental tests was carried out in a tank containing an additive preventing the formation of rust on the ferritic steel specimen.

Reproducibility measurements with and without the additive have shown its strong influence on the attenuation in water.

To illustrate this effect, a superposition of amplitude/distance echodynamic curves, obtained with and without additive, of a 2mm diameter inclusion is presented below. The analysis of these results shows that when the additive is present in water, the maximum amplitude is shifted by 4 mm and a decrease of 6dB is observed for 110mm in water path.

Following these results, all experiments were done without the additives.