A plate in aluminium alloy, 2 mm thickness, is inspected with the coil described previously and scanning the specimen as in the figure below along y axis. The features of the piece material are also given below.

Specimen and its material features

A flat bottom hole and a notch, both of same thickness as the plate, affect the latter. Figures below specify the features and the positionning of both flaws. 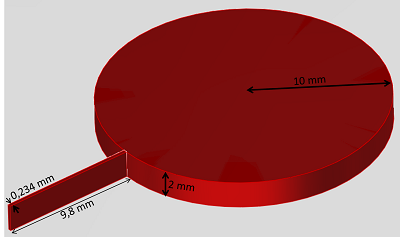 FBH and notch in the plate modeled in CIVA

Features of both flaws present in the piece to inspect

On figures below are superimposed experimental and CIVA curves. A good agreement is observed between experiment and simulation. 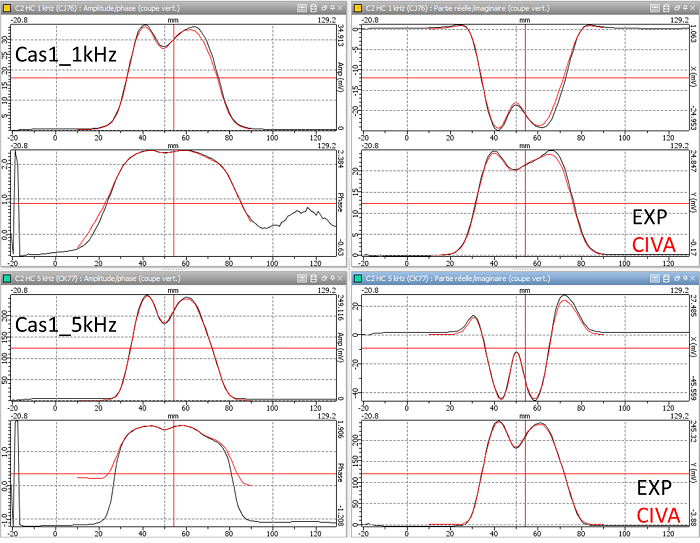 From top to bottom, then from left to right hand side : Amplitude, Phase, Real part, Imaginary part. Comparisons between experimental results (black curve) and simulation results from CIVA (red curve) for the case N°1 at 1kHz (top) et 5 kHz (bottom)

Finally, the table below gathers ampltudes and phases values and confirms the very low gap between experiment and simulation, less than 2 % in amplitude and 0.5° for the phase.

Go back to MULTILAYERS