The CT module proposes the same interface and same capatibilities as the RT Module in terms of:

Here is a quick look at this new module in action: 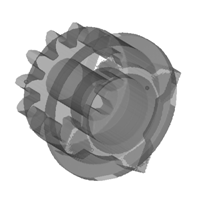 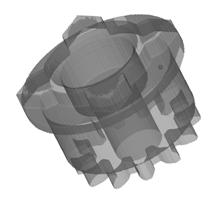 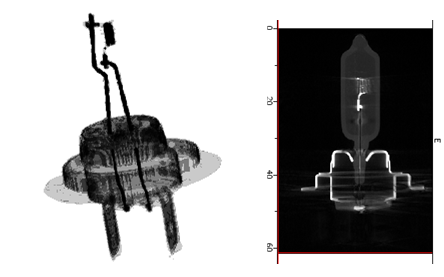 The items specific to Computed Tomography are:

Specific misalignment options complete the positioning options. One can define an offset of the source and/or the detector to correct the misalignment versus the specimen to be inspected.

As the part geometry is fixed in CIVA, the X-ray tube and detector rotates around the specimen.

Different tomographic scanning can be modeled: 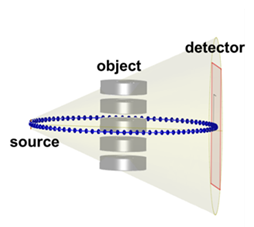 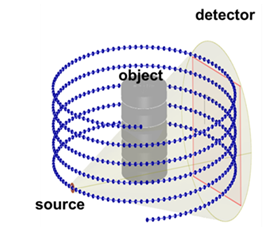 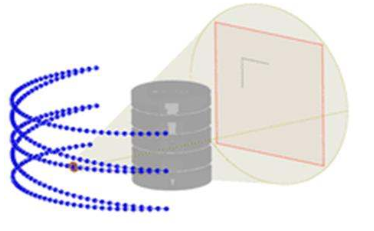 Then, CIVA will run the RT simulation for all the projections.

Results for each projection

X-ray slice data is generated for each position and the corresponding results can be displayed. Those results are identical to the RT module and depend on the detector and the computation options. All the analysis tools within CIVA RT are also available in CIVA Tomography.

CIVA allows to import computed tomography experimental results from acquisition data. Different acquisition format are already available. If your format does not fit with CIVA import data tool, it is possible from some specific developments to ask to integrate this format thanks to plugins.

Once the scan data has been acquired, the data must be processed using an algorithm of tomographic reconstruction, which produces a series of cross-sectional images.

Reconstructions using the FDK algorithm can be parallelized on CPU and GPU. For PixTV algorithm, reconstruction is realized on GPU.

Once the processing is finished, a new analysis page opens with the 3D reconstructed specimen. The 3D view available in CIVA shows the component in 3D dimensions. Many tools are then available to represent the reconstructed component: display of the iso surfaces, volume rending, etc.

On top of this, the user has the ability to see the different 2D sections and grab the different planes. All the sections and the 3D reconstructed view are linked together, by moving one cursor in one view, all the other analysis pages are refreshed in real time for a better interpretation of the results.